The economics of Initial Coin Offerings has not left anyone indifferent. According to various reports, the total amount of funds raised through ICOs in their entire existence is approaching $ 27 billion, a figure that increased dramatically between 2017 and 2019.

That said, according to the same reports, a large number of the ICOs that have been launched have been really successful. These statistics demonstrate once again that potential investors must be very careful when choosing a startup to invest in.

If you dare to invest: How to choose an ICO in which to invest?

In this installment of our guide on ICOs, we will discuss 10 of the most successful ICO campaigns to date. However, as this guide is intended for investors, not start-ups, we will focus on the projects with the highest return on investment (ROI). Simply put, ROI measures the amount of return on an investment relative to the cost of that investment.

If you want to check the current ROI ratio of a given project, all you need is to compare the price of the token at the time of an ICO with the current value of the said token.

You can always look up the value of a token on whatever exchange it appears on (a simple Google search should point you in the right direction). Alternatively, you can use CoinMarketCap, which lists almost every token out there currently.

It is important to mention that there cannot be a definitive list of the 10 best ICOs of all time, as the possible return on investment is totally dependent on the current value of a project’s token. Naturally, there is a lot of movement on the list of the best of all time. Anyway, here is our list of the most profitable ICOs in terms of ROI as of the end of June 2019: 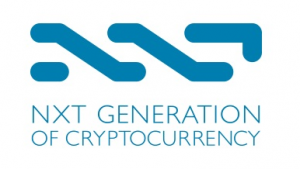 NXT is one of the oldest projects related to Blockchain. The official announcement was made on the BitcoinTalk forum on September 28, 2013, by an anonymous developer, who claimed to be a veteran forum member using a new account to remain anonymous.

In this announcement, NXT was described as a descendant of Bitcoin, which aimed to improve some features of Bitcoin, solve some of its problems, such as blockchain collapses, and switch to a PoS (Proof-of) mining algorithm. -Stake, in Spanish Proof of Participation).

The crowdfunding campaign was also held at the forum. In the end, the anonymous developer managed to accumulate around $ 16,800 in Bitcoin, distributing 1 billion tokens. Therefore, the value of the NXT token during its ICO was only $ 0.0000168.

On December 23, 2017, it was worth $ 1 94 cents each token, representing astronomical returns for its early investors and making it the most profitable ICO token ever seen in today’s market valuations.

Today, NXT is a fully operational advanced Blockchain platform. It provides its users with a set of modular tools, allowing them to build their own blockchain-related applications. The platform also has its own asset exchange, messaging system, and internal marketplace.

Spectrecoin is one of several cryptocurrency networks that prioritize privacy and anonymity above all else. To achieve this, Spectrecoin combines a Blockchain with a tokenized ring signature scheme.

In cryptography, a ring signature is a type of digital signature that can be performed by any member of a group of users who have keys. It is impossible to track which particular member of the group signed a transaction. Furthermore, any group of users can be used as such a group without any additional configuration.

Unlike most other cryptocurrency networks, Spectrecoin uses the Tor network to increase privacy at the network level. All nodes communicate with each other exclusively through Tor, which means that Spectrecoin transactions go through a series of “middlemen” before reaching their destination, thus becoming untraceable. The network even offers a way to hide the fact that you use Tor through a technology called OBFS4.

It may interest you: How to buy ICOs Tokens: Guide for beginners?

The team behind Spectrecoin (naturally completely anonymous) held their ICO from November 18, 2016, to January 6, 2017. 19 million tokens were sold and the team managed to raise $ 15,500. Each token was sold for just $ 0.001 and despite the little that was collected, the project ran efficiently and one coin was worth $ 5 51 cents.

The name of the project is based on the term IoT, or “Internet of things”. The term is used to describe an envisioned future in which many different “things” such as household appliances, cars, auto service providers, etc., communicate with each other. For example, a smart fridge is capable of automatically reordering certain products and paying for them. IOTA aims to provide a token for those transactions.

Also, IOTA is the only major cryptocurrency that doesn’t actually use a full blockchain to transact. Instead, it works on a system called The Tangle. The system requires its users to verify a transaction exactly the same as the one in progress. This solves the problem of scalability, which is one of the most pressing problems for many of the cryptocurrency networks out there and allows transactions without any type of charge.

All this makes IOTA an innovative and outstanding project. In addition, its objective is to serve an extremely new market, with a clear vision of the future and planning for the future. So it’s easy to see why their ICO held in late 2015 was a success, with over $ 400,000 raised. All of the billions of IOTA tokens were sold for less than $ 0.001. On December 19, a MIOTA, the IOTA token, was valued at 5 dollars and 21 cents, obtaining one of the best ROIs in history.

Every person who is remotely interested in cryptocurrencies has heard of Ethereum. It is an open-source distributed ledger platform, which allows its users to create and run decentralized applications (DApps), as well as implement and use smart contracts.

The brain of the platform, Vitalik Buterin, is perhaps the most well-known person and something of a poster boy for the entire cryptocurrency community. Furthermore, through its Enterprise Ethereum Alliance, the platform works in cooperation with hundreds of major clients, including the world’s largest corporations, for the implementation of Blockchain technology and smart contracts in businesses around the world.

Neo is a project that is often called “China’s Ethereum”. It also uses smart contract apps, but it also adds decentralized commerce, digitized assets, and identification to the mix.

Chinese developers are creating a blockchain that would represent legal proof of ownership and will be accepted by the wider society, not just the crypto community.

At the time of its ICO, there was probably not a single investor doubting whether Neo would be worth investing in. The project was backed by big names like Microsoft and Alibaba. Naturally, their ICO held in October 2015 was a huge success, they sold 17.5 million tokens raising $ 556,500. A year later, in September 2016, Neo made a second sell-off during which it sold 22.5 million tokens and raised over $ 4.5 million.

Stratis is a project that offers comprehensive solutions for the development, testing, and deployment of Blockchain applications for companies around the world. The main slogan of the project is “We make Blockchain easy for you”. In fact, the startup created a platform that is fully compatible with .NET and C #. Having done that, they found gold.

First of all, your project attracts basically all the big companies that use Microsoft products. Second, Microsoft themselves added Stratis Blockchain-as-a-service (BaaS) to their Azure cloud service, which is aimed at businesses that want to build in-house Blockchain solutions.

In case you have any questions: What is an ICO token and how does it work?

Lisk is the world’s first modular platform based on Blockchain. This means that you have the main chain, a chain that currently houses the LSK coin, and that will become a hub for all the side chains once the platform is fully operational. Sidechains are very similar to personal blockchains, they can be easily built and adapted with Lisk tools.

The platform will allow developers to create their own apps, host them on their own custom sidechains, and even do an ICO. Most importantly, Lisk applications are the natural first choice for most developers, as they are built with Javascript.

The project has many big-name Ethereum players on board, so naturally, their ICO was a staggering success. Held in February and March 2016, the crowdfunding campaign brought the Lisk team some $ 5.7 million. The token sold for $ 0.076 and its all-time high was $ 38.8 cents, set on January 7, 2018.

QTUM, which is actually pronounced “quantum”, is a project that bridges Ethereum smart contracts with the stable Bitcoin Core Blockchain, while also using a Proof of Stake algorithm for verification. The main objective of the project is to increase the range of applications using smart contracts, especially for business purposes.

Thus, QTUM benefits from the best of the new developments of the Bitcoin and Ethereum communities. Additionally, QTUM aims to introduce smart contract tools, templates, and other options to make building and executing smart contracts for businesses easier and more secure.

One of the main features of Ethereum is that it allows its users to create and run DAOs or Decentralized Autonomous Organizations. It is a totally new way of structuring business since there are no bosses or managers of the entire company. Instead, all decisions are made through proposals and voting.

DigixDAO was one of the first major DAOs to be created on the Ethereum platform. Interestingly, the project uses two tokens: DGD and DGX.

DGD tokens were sold to investors during the ICO. It should be noted that when it comes to DAO, token sales are done not just to attract funds. Purchased coins give investors voting rights in proposals submitted to DAO. In this way, each token holder can participate in shaping the future of the organization.

DigixDAO aims to create a new, stable cryptocurrency, backed by gold bars. This is where DGX tokens representing one gram of gold come into play. All gold bars have gone through a Proof of Asset protocol and their existence has been proven on the Ethereum Blockchain. DGX tokens can be converted into gold bars and redeemed by each token holder.

The participating custodial vault is located in Singapore and is capable of safely storing up to 30 tons of gold. In the future, however, DigixDAO hopes to open more vaults around the world.

Ark is about integration and collaboration. Its main objective is to create a whole ecosystem of linked Blockchains, essentially bringing them together into a huge “web of use cases”. The project seeks to integrate other cryptocurrencies into its Blockchain.

Interestingly, the project is collaborative and decentralized from start to finish: it has 17 core members from 11 different countries.

By now you have learned how to evaluate the legitimacy and potential benefits of an ICO and have taken a look at some of the all-time greats. In case you’ve decided to get involved in a future project, but need more information on what’s happening and when Cointelegraph has you covered – here’s our ICO List.